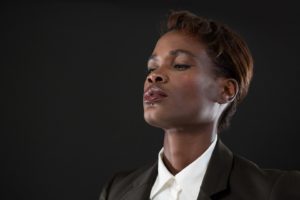 The church celebrates the qualities of womanhood, but not manhood, no wonder its men cannot stand up and be men.

A rugged looking Carpenter and a man of color who hung out with burly fishermen, Jesus faced down the Pharisees to the point of torture and death. He did not hold back, even when He knew that he would face the beating of his life. Even when He knew he would face a bloody and torturous death on the cross. Early in His ministry, Jesus showed signs that He was no weak man. Facing down the Devil in the wilderness, after fasting for forty days, He would follow that up by chasing the money changers out of the temple with a whip.

There is little sign of this rugged man in the modern church. Often pictured as a white male with blue eyes, Jesus is seen holding a lamb in his arms. Or as the baby Jesus sitting serenely in a manger. This version of Jesus, designed to make Him less threatening to Wester values, is a major turn off for real men. But these images are far from the real earthly man.

This is part of a larger trend toward disrespecting traditional manhood in general. Homer Simpson and Al Bundy became our bumbling television father figures during the 1990s, and things have hardly improved since. And although the latest group of super heroes still includes a healthy number of strong men, men are steadily losing ground academically, economically, and in the community at large.

Whatever Happened to Justice?

We understand that the idea of justice, and people standing up and demanding justice, is being censored from a lot of our public discourse today. Today, people are trained to talk about “process”, or “human rights”, which are different concepts altogether. Society routinely tramples over human rights, which are often depicted as “optional”, depending upon the administration in power. However, talk about justice, and you provide justification for civil disobedience. Something that corporate media by no means wants to communicate. However proper it might be.

Traditionally, women are focused on the home, and their immediate environments. They are not culturally molded to focus on larger societal issues. Thank God that there have been notable exceptions to this. Women like Susan B. Anthony, Mother Theresa, and other “outer focused” women have stood up and demanded change in a bold and revolutionary manner. However, they are exceptions to cultural standards.

Pastors and Ministers like Martin Luther King, Ralph Abernathy, and others, risked their lives to ensure the rights of the people of their community, and freedom for the generations to follow them. They were not girly men, but stood up in the face of police guns, fire hoses, and vicious police dogs. They endured prisons, and beatings at times. All so that there wives, sons, and daughters could be in every sense free.

However, in recent years, as “Occupy Wall Street”, and “Black Lives Matter” stood up in the face of economic and racial injustice, the church was nowhere to be seen. At least not in force. The teachings of “forgiveness without justice”, and “employers rights without workers rights” dominated our pulpits, and the church neutered itself, without having to be neutered by the political class.

One of the few areas where men are encouraged to still be men is in the area of family provider. Men are still encouraged to “bring home the bacon”, even if “the bacon” is going to the “baby mama” in another town. Men are encouraged to stay with their wives and families, which is totally in accordance with Biblical teaching. But when their sons are being shot down in the street, or when their sons and daughters can’t find jobs because they’ve all been shipped overseas, the church is silent on these issues.

Gay Men in the Church

While different churches have taken different positions on this issue, it is rare to find a black church where gay or at least effeminate men are not visibly apparent. Even those churches that have taken a public stance against homosexuals in ministry, often have a “don’t ask, don’t tell” policy in actual practice. A practice that leaves other men in the church scratching their heads. And all too often, passed over for important positions. Because the qualities that many churches value, whether they admit if publicly or not, are the qualities that these men have in abundance.

“Real Men” are often seen as a threat in the church, especially by leaders that are less than secure in their positions. They are often left behind when leaders are chosen. Or are viewed more as men who need to be ministered to, as opposed to being able to minister.

On the other hand, men who never “rock the boat”, ask questions, and act sheepishly, are high valued in the church. They are often given low visibility positions, or assigned to do the manual labor in the church.

If a man stands up to his wife at home, without violence (for we should never condone violence) is often seen as the source of his marital problems. He is sent to anger management classes. And he is told that all of the problems in the marriage stem from him. That wives and husbands should “submit one to another”. It is no wonder that the men in the church are looked down upon by the larger society.

But by far the largest perceived threat to the church is the man that can think for himself. The independent thinker. Men or women who ask even valid questions in the church are looked down upon, or even shunned. This, combined with a general anti-intellectualism in the church, eventually force these men to the margins of the church community. Or frequently, out of the church doors altogether.