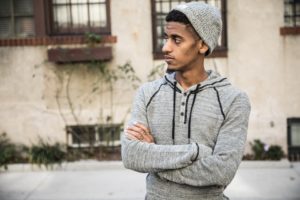 Today’s Black Church believes they are telling young black men, “We Want You Too”. But the “too” says it all. And thats the part that rings loudest in their ears.  Stigmatized as second class and trouble prone by the Black Church, young black men are migrating to the Muslim religion.

Young black men are seen as ADHD, trouble prone, disobedient, lazy, and inferior to their sisters sitting next to them. They are treated as second class citizens in a church that keeps insisting that they want them to stay in the fold. But they are fleeing in droves. And understandably so. I myself confess that I would not likely join the church today, if I was their age.

The last two years, as young black men were being shot down in the streets like dogs, the Black Megachurch, with its millions of dollars, and stables of lawyers did nothing particularly notable. But after the smoke had cleared, it continues to scratch its head and wonder why these young men are leaving in great numbers. Its because they have figured out who is in their corner, and who is not. And the Black Church is nowhere to be seen in their time of need. It seems they simply aren’t enough of a money source.

The fact is, the church values young women more than it values young men. Women by nature are more sociable. They are more emotionally driven, and require less analytical motivation. Men on the other hand are more analytical. They want to know “why” more often. This can make church leadership uncomfortable. So they often choose a woman over a man. The fact that this runs contrary to scripture seems to bear little weight on such decision making.

Young black men, raised increasingly by households headed by women who can’t identify with their feelings, find the same matriarchal environment in their childhood churches. It is no wonder that they are not hesitant to abandon the matriarchal church environment, as soon as they are old enough to do so. Many would abandon their home perches as well, at their first real opportunity. Unfortunately, the stagnant economy, combined with a career environment that favors young black women over young black men, makes it more difficult for them to make that transition.

Because the church sees young black men in particular as shallow, lazy, and carnal, it offers them the same things the world does. Empty entertainment. Music and flashing lights dot most church outreach efforts, which are sometimes accompanied by sermons condemning youthful lifestyle choices. What is largely missing is any sense of male identity and purpose, through historical lessons of impactful black men. Of course, the churches would protest because they fill their youth and Men’s Conferences with sports figures, famed musicians, and television and film personalities. But these young men are smart enough to know that these people are being paid, and many of them don’t live the kind of lifestyles that a Christian should be living. They just get paid to act the part in public. Their screen and field personas are often very different.

What Is Really Needed

What young men really need is to hear about are men like Jesus Christ, Martin Luther, Rev. Martin Luther King Jr, Debois, and the like. Men who made an impact for society and for people of color. But many of these men were radical in their viewpoints, and so they are not held up as role models. What is offered instead are men who work well within the established system, and are making tons of money within it. Then they are told that they can do the same. But they are smart enough to know that these are show people. And that their personal barriers are much higher, and more difficult to scale.

By nature, young men want to be challenged. They want their worth to be tested. When a man, young or old goes into a room for hours and plays video games or watches television, its because his worth is not being valued. He has no outlet for his talents, so he looks for a path of escapism. If he is given a challenge, or some other way to express his talents, he will take it. God made him that way.