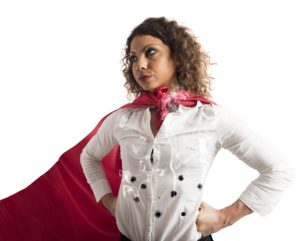 First, we must understand that this doctrine is most often stated “implicitly”. That is, no one states outright that women are ethically superior or smarter than men. They just tend to give women a pass in cases where men would be held accountable, and to value women’s gifts more than men. However, I have actually heard Pastors actually state that Jesus is going to hold men responsible for every sin a women commits. I have also heard way too many sermons about how women’s brains are superior to a man’s brain.

The truth is that the church downplays the sins that women are prone to commit.

Women are much more prone to gossip and slander than men are. Women also tend to be more covetous (materialistic) than the average man. And while both of these sins are GREATLY condemned by Jesus in scripture, they are virtually ignored as sins by the modern church. When they are addressed, it is generally given less air time than issues like pornography or violence that men commit. And yet, they can sometimes cause as much damage.

In a reversal of attitudes prevalent during the 1950s through 1980s, out of wedlock births are now more often blamed on the man as opposed to the woman involved. For our parents, women tended to pay a high price for getting pregnant out of wedlock. While it was acknowledged that it takes a man to get pregnant, women were seen as being the keepers of their own bodies. A woman that was not raped was considered to be a “sinner”, and often ostracized by other women. That is less often the case in today’s society. Today, the church tends to treat single mothers as “victims”, no matter how many baby daddies are involved. These “dead beat dads” should pay up, and accept the fact that they should have no role in these children’s lives.

The church places a great stigma on any man caught using pornography, but women are allowed to sit around and read romantic novels about adulterous relationships all day long, without a hint of scandal. Both of these activities are sin in the eyes of God, and both can lead to real fornication or adultery. But only one is treated as a grievous, almost unpardonable sin.

Source #2: The Idea That Women Are “Smarter” Than Men

If you haven’t heard this one yet, just wait, its coming your way. I personally have sat through at least three lectures where I was constantly told how stupid I was compared to the average, or even below average woman. Her brain is a marvel of science, that can run rings around the brain of any common man. The saying goes that Testosterone destroys the part of the brain that supports multi-tasking, and social behaviors. Women have estrogen, so they are better at working with people, and they are better multi-tasters. This is why there are more female college students, young women are making more money on average, and men are such failures as husbands and fathers. They need to rely upon the superior brains of their superior wives. No kidding.

But listen carefully to what they are really saying. They are saying GOD is stupid, because he left men in charge. But don’t worry, that can be fixed!

The fact is that the Word of God is being ignored here. Black women make more than men right now because they are “two-fers”. That is, Affirmative Action provides a strong incentive for companies to hire and promote black women, because they are both black and women. This provides them an advantage over black men (since they are only “one-fers”. This is the REAL reason that women make more money in the work place.

As to why more men are going to college, it might not be because young black men are lazy, immature, and hooked on video games. It might be because female teachers overwhelmingly outnumber male school teachers in the K-12 school system, and study after study has shown that these teachers are often insensitive to the needs of young men, and punish them much more often than they do young women.

Source #3: The Idea Men Are Immature Beasts Who Only Care About Sex and Food

Chances are you HAVE heard this one. The idea is that while women are holding together their jobs, their families, the church, and extended family, men are sitting around on the couch all evening watching TV, Football, Basketball, Golfing, or video games. That is, until its time for dinner, or for comfort time later on.

The story goes that women are the artistic ones, the readers, the family oriented ones, and everything would fall apart without them. But if you talk to the men, many will tell you that those same women have pushed them out of their children’s lives, pushed them out of ministries in the church, and taken over “for their own good”. All that is left to these men is to rebel against that system (and be labeled a rebel), or to sit around and watch television.

I would be a rich man if I had a dollar for every man that told me that they had tried to get more involved in their children’s lives, and were pushed away by controlling mothers, aunts, grandmothers, etc. All because they (somehow) did not meet some criteria that these women felt they should meet. Or because they wanted to discipline their sons, and the women didn’t recognize his authority to discipline his own child. Of course, these sons are often tossed back to their “neglectful” fathers when this dysfunctional form of parenting reaches the inevitable result of producing a useless man-child.

Even most women acknowledge that the court system is tilted completely against the fathers. A man has to prove that the mother is either a prostitute, alcoholic, drug addict, or physically abuse before he even gets a credible hearing in Court for custody. And there are documented cases where even that did not work, in the face of mountains of evidence.

So, with so much stacked against them, why should men care? The problem is that our sons are paying the price. With so many obstacles facing them, many of them have given up on life and relationships, even before they get out of the nest.

But mostly, our sons have given up on the church. Because today’s church is a place of torture for young men. They are just too polite to say so.

Where Did The Myth Come From?

The root of this idea is in the nobility of past women’s suffering. No one would argue that women have suffered over the centuries, many of them for noble reasons. In particular, past generations of women have sacrificed and suffered to a greater extent arguably than their male companions. And so, a lot of real capital has been built up through the sufferings of past generations of mothers and grandmothers.

The problem is two fold however. One, the idea almost completely negates the suffering of men. Older men have been lynched, shot, imprisoned, and discriminated against en mass. And when young black men were falling in the streets at the hands of police brutality, the “Black Lives Matter” movement saw little visible help from the nation’s black church leaders. No. The suffering of young men is considered to be “par for the course”, where women’s suffering is still total nobility.

Finally, churches today, through sermons, Women’s Conferences, books, and lectures often encourage women to embrace their victimhood. They hold Men’s Conferences to beat up on men for being sexual predators, bad fathers, irresponsible, and non-spiritual one week. And the next week hold a Women’s Conference instructing women how to recover from all the mean nasty things the men have done to them.

And if you don’t believe me, do your own Google Search!

The problem has become full circle. As women have stepped further and further into the territory of men, while holding onto their traditional roles as mothers, they are beginning to pay for these additional burdens that God never intended them to take on. They are beginning to suffer the same health problems that men primarily suffered in the past. Heart Attacks, strokes, opioid addictions, and even criminality are becoming more common with women than in the past.

And while young women are often benefitting from these trends, since their numbers in college are increasing, and their incomes rising, they also pay a toll. Those who desire to marry are finding it more and more difficult to find suitable mates. Many are forced to marry “below their station”, feel compelled to have children out of wedlock, or simply skip having children at all. And miss out on the love that comes from a stable and fulfilled family life.

And too many of the young men languish, at home, or in jail. Separated from their fathers, often by bitter mothers who stigmatize them and bar them from meaningful relationships with their children, or just from having fathers who just don’t care. They have had all motivation drained from them by a system that taints them as inherently inferior, trouble makers, intellectually inferior, and immature by nature. The Word of God does not say this, but the church often broadcasts this message implicitly, nevertheless.

So God created man in his own image, in the image of God created he him; male and female created he them. And God blessed them, and God said unto them, Be fruitful, and multiply, and replenish the earth, and subdue it: and have dominion over the fish of the sea, and over the fowl of the air, and over every living thing that moveth upon the earth. Genesis 1:27-28.

God’s plan from the beginning was for the man and woman to work together, subdue the earth, replenish the earth, and glorify God in the doing of it. And yes, God’s plan got modified in the fall. But Jesus still pointed us back to the beginning when referring to men and women. God’s will is that they be joined as man and woman, man and wife, and to be “one flesh” in the eyes of God.

That means that their destinies are intertwined. And like God’s view on Divorce, God does not want to see these destinies separated.

And the Lord God said, It is not good that the man should be alone; I will make him an help meet for him. Genesis 2:18.

God designed both man and woman with inbred limitations that makes one need the other. Men need women to provide that softer side. To make them empathetic, nurturing, and compassionate toward others. And yes, to keep them organized. Women need men for protection and provision. And to guard against the attacks of the Devil. Women need his strength in time of adversity. It is true that both men and women have often failed each other in these times, but this is a manifestation of sin. It is not God’s will.

The fact that black men achieved so much in past decades, despite the obstacles they faced, is a tribute to their mothers and wives. At the same time, the fact that young men are languishing so much today, and are achieving so little, is confirmation of how much their mothers and their fathers have failed them. Neither mothering or fathering is as valued today as it has been in the past. And mass Media has made the process much more complex. Not to mention the shifting economy, which tends to concentrate all the wealth at the top layers.

The church needs to take its eyes off the dollars that women bring in, and bring correction to this situation. God will hold the church accountable, and that means greedy Pastors and Bishops.