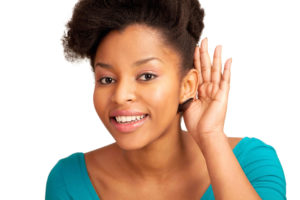 The idea that Pastors are free to preach whatever they want to preach is a well kept myth.

For I know your manifold transgressions and your mighty sins:
they afflict the just, they take a bribe,
and they turn aside the poor in the gate from their right.
Amos 5:12.

The fact that churches don’t pay taxes is one of the poorest kept secrets in Christianity. However, the fact that Pastors don’t effectively pay taxes much either, is a fairly well kept secret. In fact, virtually every large church keeps a CPA on the payroll to figure out how to absolutely max out this little benefit! And part of their job is to transfer the tax free benefits of the church to the Pastor and/or Bishop of the church. This is usually done through little tricks like housing allowances, transportation allowances, etc. The church pays these benefits tax free, while the Pastor comes out of pocket with little or nothing. Thus, Pastors pay little or no taxes.

So, why should you care that your church or Pastor does not pay taxes? Glad you asked:

So our first question is simple. Can a Pastor truly lecture his or her congregation about managing their finances properly when virtually everything is always paid for for him or her, and they pay almost nothing in taxes?

In my humble opinion, Pastors and Bishops need to STEP ASIDE and let a lay person teach when it comes to finances. They have so many advantages over the rest of us, that they really don’t live in the real world the rest of us live in!

The current tax laws were created during a time when most Pastors had small congregations, and starving Pastors were the norm. Churches were given this advantage to make life more liveable for Pastors, and to (in theory) insulate them from undue political influence. The laws have had the opposite result.

Today, most Pastors are terrified to say anything about local, state, or federal government officials, regardless of how bad their behavior, because they are TERRIFIED of losing this tax advantage! So, the tax laws actually TIE church and state together, and the church loses!

Virtually all churches in America are IRS 501c3 churches. But congregations have no idea what that means. However, they often wonder why their Pastors suddenly clam up when certain social issues come up, and refuse to speak out on those issues. And they are not ABOUT to tell you. But it goes like this –

In order to retain their tax free status, churches basically agree to the following:

So, in the land of the free and the home of the brave, we have a State Controlled Church!

And the churches won’t even tell you this, because they are afraid that they will be forced to pay taxes if they even speak out on the issue!

But, they get to keep all their tax income, and you don’t. So selling out can be very profitable!

Fraud Is Thriving In Churches

According to a recent report by Forbes Magazine, fraud is thriving in U.S. churches. However, the built-in protections against audits in these churches, derived from their special tax status, makes it difficult to impossible to root it out. The Forbes report indicated that fraud had reached the level of $37 billion worldwide. And amounted to about 6% of all monies donated. They also said that about 95% of fraud within churches is never reported. Rather, it is covered up. No one wants their Pastor exposed for stealing from the church. Its a major embarrassment.

A Deafening Silence On The Poor and Oppressed

During the last several years we have seen “Black Lives Matter”, we have seen “The Occupy Movement”, and we have seen a number of related Civil Rights oriented movements rise and fall. However, what we have not seen is much involvement by the church. Rather, most large churches seem to be caught up in preaching financial independence, autonomy, and how to live out your dreams and ambitions. When Rev. Martin Luther King was so engaged and vocal on Civil Rights during the 1960s, why such a defining silence today?

The silence is caused by a finger the government has on the mute button of the church. Pastors and churches know that if they speak out on these “political” issues, they might lose their tax advantages. That fear has increased in recent years, and has effectively neutered the church.

Of course, Donald Trump of all people has promised to provide some relief in this area. However, his aim seems to be to release the Evangelical church to more effectively support his agenda and candidates. It does not herald a new age of free speech for the advocates of the poor and the oppressed.