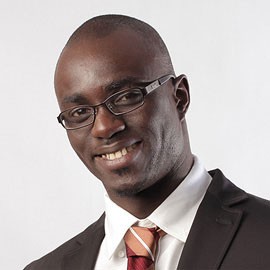 Many Pastors don’t see themselves as Shepherds, but as CEO counselors making good workers for the corporate machines.

Many reformers believe that Mega Pastors don’t teach the Word of God because they don’t really understand it well. They believe that if Gospel classes are offered to many of these Pastors and Bishops, they will reform on their own, and become better Shepherds. And perhaps some would. However, Jesus had another take on this, that reveals something deeper at play in the current trend toward Psychology over scripture teaching:

An Issue of Identity

When a Pastor or Bishop is running a large non-profit organization, with “LLC” at the end, and “CEO” as part of his title, it is understanding that his role might be confused. The reality is, many Mega Church Pastors have more in common with millionaire CEOs, and CFOs, then they do with the people of their congregations. Their mansions are in the same neighborhoods. They sit on the same corporate boards. Their aircraft are parked in adjacent hangars at the airport.

Question. Have you ever wondered why virtually every Men’s Conference, and every Women’s Conference of any size today has at least speaker from a large corporation? One “example of success” that we are encouraged to follow? It is because these people are the people having lunch or dinner with the Pastor. I was at one recent revival where a prominent Bishop was asked by a poor African Pastor whether he would come to his church and preach. He was told “raise your first $50K, and then call my secretary. When the Pastor responded that he had nowhere near that money, he was told “It’s up to you to raise that $50K. You get that done, and call my office”. Obviously, the Pastor was undone by this response. However, the then turned to the audience to clarify his remarks. “I am a businessman. I would not be in this position if I were not. If you want to be successful, then you have to do the things that make you successful.”

My inspiration for this article came from my own experience as a manager in the area of Satellite Ground Systems Sustaining Engineering. A fancy term for planning upgrades for satellite command, control, and processing systems. As a minority manager, I was a witness to instances of gender and racial discrimination. In some of those instances, I was able to step in and provide some relief. In others, the situation exceeded my ability to help. It is based on this background that I recount the following –

I attended a Bible Study given by a local Black Pastor one evening where the topic centered around seeing promotion from God, or something on that order. The Pastor gave a lengthy and detailed list of obligations for workers, and encouraged the listeners to do everything in their power to please their bosses. However, as a manager, and having attended a number of these Bible Studies, I found no takeaways for me in my management role. So, I bravely stepped to the mic during the question and answer period, and put for the question that was on my mind at the time. “If I witness instances of discrimination, what is my role as a manager”. The response was rapid and curt. The Pastor informed me that the role of the employee was to please management. He refused to respond to even the possibility of discrimination. Afterwards, feeling very uncomfortable, I approached this Pastor hoping that I would perhaps get a more measured response from him. Instead, I was treated to the following:

It took me a while to digest this response. I had been raised regarding men like Rev. Dr. Martin Luther King as a hero. He lifted up the human sole. He understood that we had to work hard, but that we were also entitled to being treated with dignity. This response did not line up at all with the callous response from this Pastor.

After some reflection, I have arrived at the following stark conclusion. Many Pastors see their role not as that of a Shepherd, but as a counselor whose job it is to make better workers and citizens. Because they so identify with the corporate masters, as opposed to the corporate workers, their view of the worker is little different than the high paid CEO. The workers are like cattle in their eyes. They are a resource to be exploited. Nothing more. Nothing less.

The problem is that making a good worker is not the same as making a good Christian. Devotion to the boss does not necessarily translate to devotion to God. In some cases, they are at odds with one another. In fact, some of today’s generation of “latch key” kids are victims of this type of mentality. While it must be said that many mothers and fathers have no choice but to work long hours to provide for their families, too many are abiding by the advice of “hireling Pastors” who encourage them to drop dead for their bosses, if need be.