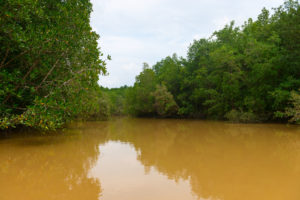 The church has become polluted by two things. What it let in (secularism), and what it left out (the pure Gospel).

Come unto me, all ye that labour and are heavy laden, and I will give you rest. Take my yoke upon you, and learn of me; for I am meek and lowly in heart: and ye shall find rest unto your souls. For my yoke is easy, and my burden is light. Matthew 11:28-30.

Let me say first that I am an active, praying Christian. I converted from Buddhism when I was 20, and I am a member of a growing church. I believe that the Bible is inspired by The Holy Spirit, and is inerrant to the degree that it is properly interpreted. I did a short stint in a respected Divinity School, spent several years as a Deacon, an “Area Leader”, and later a “Minister in Training”. I led a church Prayer Ministry with my wife, and I have taken a few Missionary trips as well.

The scribes and the Pharisees sit in Moses’ seat: All therefore whatsoever they bid you observe, that observe and do; but do not ye after their works: for they say, and do not. For they bind heavy burdens and grievous to be borne, and lay them on men’s shoulders; but they themselves will not move them with one of their fingers. Matthew 23:2-4.

The black church in America has changed a lot over the last several decades. During the 1950s, and 1960s, at the height of the Civil Rights movement, people could go to church and hear encouraging words about the great community, and how God had brought people together to change things. They marched together arm and arm, singing songs about Jesus while they saw one after another racial barrier fall. Pastors often visited the sick and the elderly in their congregations. They personally counseled parishioners in their offices. They most often lived modest lifestyles, at least by today’s standards.

Today, people go to church and hear messages about them as an individual. The great community is gone, and now its every woman or every man for themselves. We are told either that we have great hidden potential, or that our individual sins are holding us back. The great community is largely ignored. As is the plight of the poor and the needy. The church is wealthier than it has ever been in its history, but it is also (in too many cases), poorer in spirit. Pastors often live lavish lifestyles. They are “too busy” to visit the sick or the elderly. In too many churches, the staff are all too busy as well!

And unto the angel of the church of the Laodiceans write…Because thou sayest, I am rich, and increased with goods, and have need of nothing; and knowest not that thou art wretched, and miserable, and poor, and blind, and naked: I counsel thee to buy of me gold tried in the fire, that thou mayest be rich; and white raiment, that thou mayest be clothed, and that the shame of thy nakedness do not appear; and anoint thine eyes with eyesalve, that thou mayest see. As many as I love, I rebuke and chasten: be zealous therefore, and repent. Rev 3:18-22.

The church in America has become polluted by two things. What it let in (secularism), and what it left out (the pure Gospel and the love of God). While there are some good churches, and some good Pastors today, they have to contend with a FLOOD of non-scriptural literature, non-biblical teaching, and the “itching ears” of so called “Christians” that want to hear the “latest and greatest”, as opposed to sound doctrinal preaching. In short, they want to be entertained.

For the time will come when they will not endure sound doctrine; but after their own lusts shall they heap to themselves teachers, having itching ears; And they shall turn away their ears from the truth, and shall be turned unto fables. 2 Timothy 4:3

Jesus said that His Father’s house would be called the house of prayer. The church today hardly fits that mold. Rather, it is a place people go week after week to have a one-way conversation with their Pastors. That was not God’s model for the church.

Is it not written, My house shall be called of all nations the house of prayer? but ye have made it a den of thieves. Mark 11:17.

Being kind natured, I waited until this point to mention the flood of church scandals that continually rock the Christian world. That is, the drug and sex scandals that make the news media. The media doesn’t generally cover the record church bankruptcies, pastoral suicides approaching record levels, heretical teachings, or just plain hateful teachings where people are told which group of people to hate the most (gays, lesbians, Muslims, take your pick). Not to mention the Pastors flocking en-mass to the aid of a man that had just confessed to entertaining himself by grabbing women’s private parts!

The truth is, too many churches have devolved into money making entertainment ventures where men and women, rather than God are worshipped. Their every word is taken to be from the mouth of the divine, money is dropped at their feet, and Jesus has been demoted, but is still part of the support staff. His name is invoked only often enough to maintain an air of legitimacy.

A very simple, straightforward Gospel can now only be understood through a series of money making classes or sermons that pass into decades, but can be sped up through the purchase of innumerable CDs, DVDs, books, workbooks, or other literature.

The church needs to CHANGE. And change DRASTICALLY. But since it won’t change on its own, some of us may need to get out and PUSH!

Woe unto you, scribes and Pharisees, hypocrites! for ye compass sea and land to make one proselyte, and when he is made, ye make him twofold more the child of hell than yourselves. Matthew 23:15