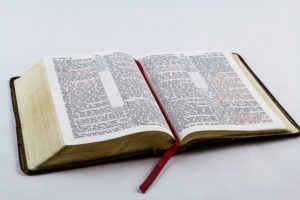 Many Bible based truths have been censored by the modern church because they threaten American values, traditions, or corrupt institutions.

We have a church system that is not based upon the Bible, but upon accepted “American Values”. That is why when Jesus instructed the church to be salt & light, injustice is ruling the land.  The wealthy are storing up greater wealth, exploiting the working poor, and the church has lost its prophetic voice due to one scandal after another.  Many Megachurch Pastors have taken on the gluttonous values of the world, and are buying Mega Mansions and luxury car fleets with the people’s tithes and offerings.  Other church leaders are complicit in defending the very corrupt people and institutions that perpetuate societal injustice.  Things have gotten so bad that people are becoming disillusioned, and are leaving the church in droves.  And not just the young.

It was Rev. King who showed us the true spirit of the true Gospel, and its power to bring justice to an unjust world. The work of King, and the Civil Rights movement was powered by a unified, mobilized, and motivated church. Rather than constantly beating the drumbeat of “individual responsibility”, King spoke of the “great community”, and how we could all work together to see justice “roll down like a mighty stream”.  He helped to end the exploitation of poor and black working class people, and glorified Christ in the doing of it.  Sadly, the spirit of community seen during the life of Rev. Martin Luther King has been shattered, replaced by emphasis on “individual responsibility”.

The Bible Bending “Book of the Law”

Of course, none of our present day challenges are entirely new.  Jesus battled the Pharisees over their insistence in adding their personal interpretations to the Old Testament. “The Book of the Law”. The Pharisees and Sadducees together constituted an “religious class” that looked down on the common people. The Pharisees loved money more than anything, and joined forces with the wealthy class to steal houses from widows, make profit off the temple sacrifices, and to accept bribes for special religious favors. For example, they would release sons from their obligation to take care of their aging parents, for a fee. Despite their extreme hypocrisy, everyone was conditioned to see the Pharisees as spiritually superior to the poor and middle classes, because they said long prayers, and carried out other prized “religious exercises”, such as washing their hands before eating. They finally plotted to kill Jesus after He began to expose their religious hypocrisy.

What is needed today is a restoration of the whole counsel of God.  A restoration of those teachings that have been censored by the Western Church.  This would allow the “Gospel to be preached to the poor”, per Isaiah Chapter 61.

Bad News for the Rich

We live in a church world where the average Pastor or Mega Pastor is much wealthier than most of his or her congregation! Many health and wealth ministers go so far as to imply that riches are a sign of blessing, and poverty a sign of cursing from the Lord. And yet, Jesus constantly warned the church about the deceitfulness of riches, going so far as to say that it is almost impossible for a rich person to enter the Kingdom of God! The contrast between Jesus’ plain teaching versus the “ground truth” of the Mega Pastors is enough to keep millions of would be Christians far away from the doors of the church!

It is easier for a camel to go through the eye of a needle, than for a rich man to enter into the kingdom of God. Mark 10:25.

He hath filled the hungry with good things;
and the rich he hath sent empty away. Luke 1:53.

The listed scriptures are some of the MILDER scriptures where Jesus warns about the dangers of riches, which he considered to be a sign of idolatry! However, they do serve another purpose. As a measuring stick for how far our American church system has departed from the pure Word of God.

The fact is that the Gospel in American has been tainted by our culture’s love for money, riches, wealth, and power. It has created a church system where people routinely drop money at Pastor’s feet to show approval, where we measure our spirituality by the size of our church buildings, or the celebrities we manage to attract to our “revival” services.

No one is innocent in this.

The Menu on the sidebar contains other writings on neglected Biblical teachings. What the Bible says about Almsgiving is one of the most important teachings that is greatly neglected in our churches. However, it (and not the tithe) is the path for real blessing for us as Saints. There are numerous examples in the Bible that demonstrate this to be true.