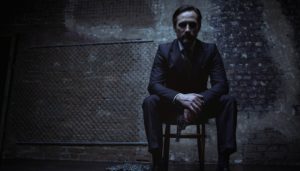 My eyes were opened in the “Liar’s Room”. That was the name of the room that I was called into whenever they were going to direct me to lie. That is, lie to a managing authority, or just mislead any one of a number of parties who were thought to be “interferring” with our objectives.  I learned that conspiracies really happen, because I have been recruited to participate in them.

I confess that I never obeyed a command to lie. Rather, I would obfuscate, avoid, become non-responsive, or use other evasive techniques to avoid having to “play the game” that I kept getting directed to play.  If you have never encountered this type of culture in your work or church environment, just wait. These miscreants will eventually creep their way into your leadership chain.

The truth is, I have encountered too many “liar’s rooms” in life. I’ve seen them in churches, contractor sites, homes, gardens, and just about every environment that men and women meet in to conduct business.

Lying in sports has too often become a part of the game. The ball the NFL receiver knows he dropped, but pretends like he firmly secured it instead. The basketball player who fouled another player, but protests instead that he was pushed.

Lying in marketing is so prevalent, that we kind of expect to be lied to about the “latest and greatest” product. Lying in politics is also expected. So much so that when a politician gets caught telling the truth, we often judge them for their stupidity!

Lying in religion is certainly as bad as any other sphere of life. The Catholic church set records for how long they were able to hide the increasing sexual abuse of minors by the Priests within their ranks.

The bottom line is, we will never get to the truth about the things that matter to us in life, until we can look beneath the surface of events, and nullify the deception that often warps our observations before they reach our senses. If that seems like a large task, take heart. Once you get used to looking for the truth beneath the surface, it will become a habit. And, it will be a lot more difficult for the world to continue to pull the wool over your eyes.

The Bible tells us that the truth is not unknown, it is suppressed in unrighteousness. That is, “wise” men (manipulators) intentionally distort information in order to hide the truths of the Bible, and the truth of the existence of creation and God. That was true during the time of Jesus, Paul, and the Apostles, and it is true today.

We know this of course about the world, but we may not fully realize the extent to which this happens inside the church, where untruths are taught as truth every Sunday from “Christian” pulpits.

Lies and truth are like the wind. We know they are there, but we can’t always see them. Rather, we sometimes have to rely on our other senses to discern the truth from a lie.