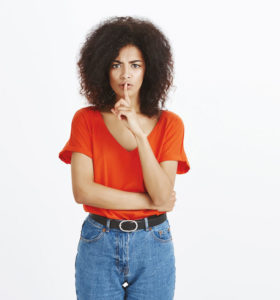 There is an epidemic of sexual immorality among the leadership of the church.  Shh!  Don’t tell anyone!…

Cleaning out my basement the other day, I came across a magazine from a church I have visited a few years back. Opening the cover, I saw a full page advert for a prominent Pastor in a nearby city. It caused my heart to pause. I had heard a powerful sermon by him at a local conference, and bought his CD series. Upon looking him up recently, I found that he had relocated. To prison. He had been arrested for molesting minors at his church.

Most of us thought of the late 1980s as the watershed period for sex scandals in the church. The struggles of Jim Bakker and Jimmy Swaggart were front page news on many magazines and newspapers for weeks. In the last twenty years, the Catholic church scandals exploded on the scene, and went back decades. They were of such size, scope, and repulsiveness, that the Protestant church largely got a pass. Except for an occasional rumor, and a some isolated Mega Church leaders that fell. More specifically Bishop Eddie Long, Ted Haggard, and more recently, Bill Hybels.

Certainly, there is little or no evidence that Protestant scandals will ever approach the level of corruption seen in the Catholic church today. However, the problems of the Catholic church may also be distracting the public from a smaller but significant epidemic of sexual misconduct in the Protestant church. Also, the rapid growth of independent churches, as opposed to denominational churches, makes real accountability nearly impossible in most of these organizations. The Bill Hybels scandal is proof of that.

So, while gathering quantitative evidence would prove to be an exercise in futility, circumstantial evidence abounds everywhere. For example, a brief search on the topic “pastor arrested” on “You Tube” pulled up hundreds of matches. A quick survey of these videos revealed that most of the arrests came as a result of sex crimes committed either by the lead Pastor, or a ministerial assistant. Sex with a minor was a common offense, with molestation, and even assault, coming in a close second.

The point here is not to tar Pastors and Leaders that have dedicated their lives to a genuine call on their lives. The point is to expose a disease that seems to be loose in our mist, and one that is spreading. And, that most popular personalities today have little or no accountability. That is, except for men in their same level of position and power, that may suffer from the same weaknesses.

Years ago my wife and I were married in a local church with several thousand members. The church left the denomination they were a part of, and our righteous pastor shared with the congregation some of his reasons for leaving. While the reasons were varied, one of them stood out in our minds. That is, our pastor had become aware of a practice in our denomination of shifting pastors with known sexual sins from congregation to congregation. That is, when the pastor was caught in one church, the denomination just extradited him, and shifted him to another. Thus, the Catholic church was not alone in this type of practice.